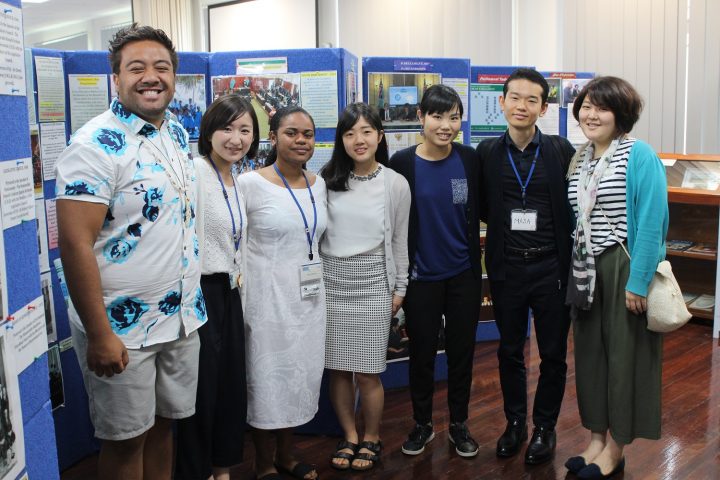 Fifty young leaders on board the 29th Ship for World Youth Leaders (SWY) yesterday visited the Fijian Parliament in their quest to learn more about politics and governance in Fiji.

29-year old Johnson Raela from New Zealand was thankful for the opportunity to be part of the SWY 2017 and to visit the Fijian Parliament.

“Being part of SWY has been a test of character for me as we are in a ship full of people from all walks of life, different cultures and different understanding of various topics.”

“It’s either you sink or swim. The main thing is to respect and understand that other people have different views and we just have to learn to adjust,” Mr Raela said.

On his visit to the Fijian Parliament, Mr Raela commended the Parliament Bus programme as it’s an initiative to get young people involved.

“The Parliament Bus program sounds like a great initiative to get young people familiar with how parliament works.

Many young people around the world have no idea what happens in Parliamentary proceedings. Parliament can often be viewed as a ‘boring’ place, however the Parliament Bus is a great educational tool that gives students a taste of how it works,” Mr Raela said.

Fijian participant, 26-year old Masilina Rakanace also shared the same sentiments and commended the programme as it has boosted her self-confidence.

The SWY programme is an initiative by the Japanese Government to broaden the global view of the Japanese, promote mutual understanding and friendship between Japanese and foreign youths as well as to cultivate the spirit of international cooperation and competence.

The Ship leaves for Honiara on Monday 20th February 2017 before returning to Japan.