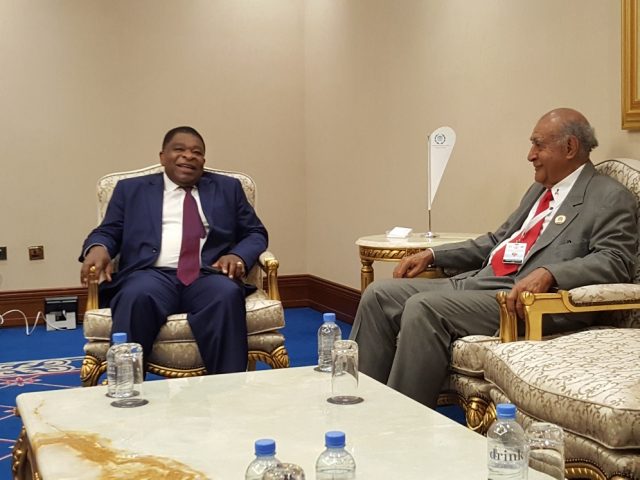 Parliamentarians, UN partners and experts from around the world met in Doha, Qatar, for the 140th Inter-Parliamentary Union (IPU) Assembly from 6 to 10 April, 2019.

Co-chaired by IPU President Gabriela Cuevas Barron of Mexico and Speaker of the Shura Council of the State of Qatar Ahmad Bin Abdullah Al Mahmoud, the event took the theme “Parliaments as platforms to enhance education for peace, security and the rule of law”, attracting leaders of parliaments, heads of delegations from 160 member parliaments, over 1,600 parliamentarians and representatives from international organisations.

In his opening address, Emir of Qatar Sheikh Tamim Bin Hamad Al Thani spoke highly of the agenda tabled for discussion at the meeting, saying that they all look towards humankind progress.

In his opinion, a strong rule of law will ensure the basic principles of the United Nations Charter and international law.

IPU President Barron, for her part, said the assembly marks the 130th founding anniversary of the IPU, affording it a chance to take action with higher sense of responsibility for sustainable growth.

She believed that the meeting will pool the strong will of parliamentarians and parliaments to build a better world.

Barron took the occasion to call on countries to overcome challenges, adopt measures to ensure the interests of the people and to protect them.

Later, United Nations Under Secretary General Vladimir Voronkov conveyed the UN Secretary General’s message of calling for the support of IPU member states, parliamentarians, and multilateral cooperation mechanisms in promoting multilateralism in the settlement of regional and global issues. They were urged to raise a stronger voice to cope with challenges and meet the basic interests of the people.

In his address to the Assembly during the General Debate, Honourable Ratu Epeli Nailatikau, expressed the gratitude of the Fijian people and the Government for the warm tribute paid to his predecessor.

He acknowledged her immense contribution in creating a close relationship between the Fijian Parliament and IPU including her remarkable contributions in promoting the ideals of parliamentary democracy, the sustainable development goals, community engagement and particularly, encouraging more women to enter politics in Fiji.

He added, “this legacy will no doubt live on and be a source of inspiration for many young women in Fiji”.

Within the framework of the Assembly, the Fijian delegation had attended the Small Island States (SIDS) meeting which is co-chaired by the Speakers of Fiji and Seychelles.

Ratu Epeli Nailatikau also meet with Mr. Martin Chungong, IPU Secretary General and the Chairman of the Parliament of Georgia.

Outcome documents of the 140th IPU Assembly can be found on the IPU website.