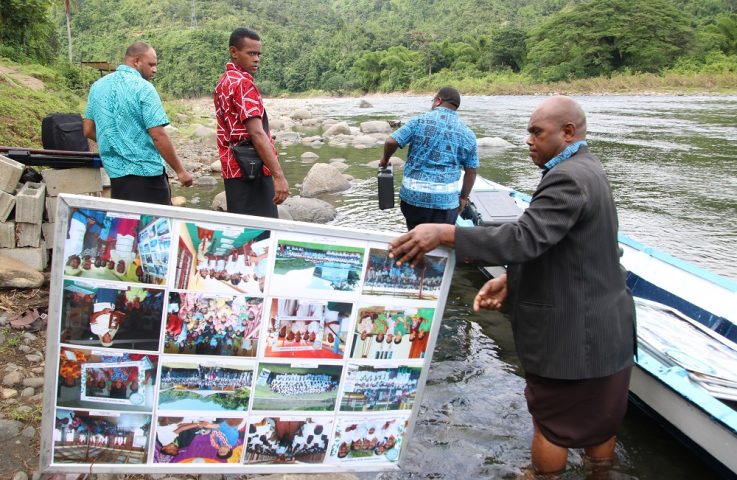 Distance is not an issue for the Civic Education and Team of Parliament as they continue to travel far and wide to take Parliament to all Fijians.

Today, the team visited Wainimala Secondary School located in the highlands of Naitasiri, approximately 102 kilometres from the city.

Students and teachers were sincerely grateful to be considered under the ‘Parliament Bus’ programme, which aims to inform them about the roles and functions of Parliament, works of Parliament and how they can engage with Parliament.

Vice Principal Phyllis Fraser said this was the first time ever a team from Parliament has visited their school and the information shared was so timely.

“Our students are so lucky to hear first-hand information about Parliament. This is the first time a team from Parliament has visited our school and the session was very educational and informative, especially to the Social Science students.”

“The information shared was very simple that the students of whichever school in Fiji will be able to understand,” Ms Fraser said.

Year 9 student Semesa Yaravoli said he only watched Parliament on television but today, he has learnt a lot of new things.

“What caught my attention was the Parliament materials on display, the wig and the old Senate’s mace.”

“These materials has a lot of significance and I’m glad to be able to lay my hands on it,” Semesa said.

Similar sentiments were raised by Fabiano Basituka who said that the information learnt today will be helpful to him in terms of studying Parliament in Social Science.