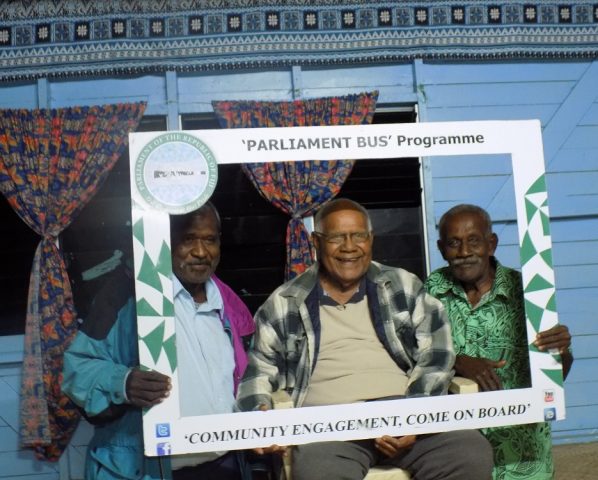 The Parliament Bus Programme last night gave a new lease of life to the villagers of Nasautoka in Wainibuka, Tailevu who never before knew the “behind the scenes” of Parliament.

While they labelled the programme as “enriching and eye-opening”, it was something they now understood, adding they would not take Parliament for granted.

In thanking the outreach team, Tui Nasautoka-Na Turagasau, Ratu Semi Seruvakula said they were blessed to have been enlightened by the programme.

He said it was crucial for the villagers to know about the august house as it was where laws were made, among other important things.

Ratu Semi conveyed his sincere gratitude to the Speaker, Hon. Dr Jiko Luveni for her good leadership and also to the team for choosing Nasautoka as another venue for the community outreach.

Meanwhile, two Tongan Parliament staff also accompanied the team to Nasautoka as part of their four-day engagement with the Fijian Parliament.

Speaking on their behalf, Mr Foukimoana said they were pleased to see that the ‘Parliament Bus’ Programme featured a lot of Parliament materials on display.

“In Tonga, we just take a few things with us when we go for outreaches. It’s so good to see that the outreach programme here in the Fijian Parliament is well-equipped,” he said.

“Apart from learning a lot of new things about the Fijian Parliament, we have also grasp some new ideas of improving our own outreaches back in Tonga.”

The duo were in the country as part of the south-south learning exchange between the staff of the Tongan Parliament and those of the Fijian Parliament to exchange knowledge with the aim of boosting their secretariat roles.