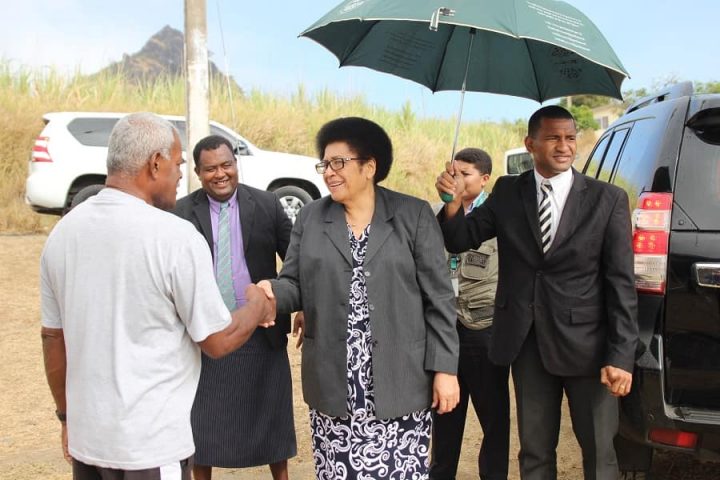 Villagers of Vitawa and Narewa in the Ra province have applauded the Speaker’s effective and charismatic role in ensuring decorum in the House throughout the four-year Parliamentary term.

During the ‘Meet the Speaker’ programme in the two villages today, the villagers could not suppress their feeling of appreciation of the Speaker’s role in Parliament.

Speaking on behalf of the villagers, Akuila Tawadokai said the Speaker’s role was admirable.

“We would like to thank you for ensuring order in the House now that we’ve learnt thoroughly well about your role,” Mr Tawadokai told the Speaker.

“It’s no easy task being the Speaker and we appreciate all that you do in Parliament. We now know that you make your decisions based on the Standing Orders and other guidelines and we now fully understand the significant role you play”

Another villager Saimone Naikelekele shared similar comments and stated that it was only proper for people to understand the role of the Speaker well.

“Too often, we blame the Speaker for some rulings in Parliament but now we have been enlightened about the steps or decisions behind those rulings,” he said.

“For the four-year Parliamentary term, Hon. Dr Luveni has served with stamina and perseverance and she is a good role model to our younger generation.”

“We hope she will be re-elected as Speaker because she has carried out her the duties in the House well.”

Meanwhile, Hon. Dr Luveni enlightened the villagers about her role and other important information and functions of Parliament.

The Speaker will also visit Togovere and Naivuvuni Village tomorrow as part of the Parliament outreach programme.