Speaker participates at the forum of Women Parliamentarians 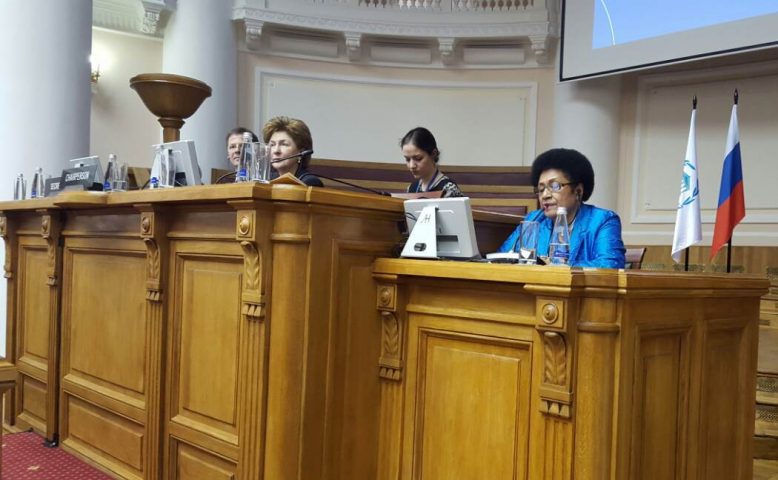 The IPU Assembly and its related meetings commenced on Friday, 13 October 2017 and continue through to Wednesday, 18 October 2017.

The Hon. Speaker participated as a panelist at the 26th Session of the Forum of Women Parliamentarians marking the fifth anniversary of the Plan of Action for Gender-sensitive Parliaments. The event focused on the advancements made and challenges encountered by Parliaments to enhance their gender sensitivity and their ability to deliver on gender equality.

Further to the panel discussion, the Hon. Speaker thanked the IPU for providing support and technical assistance for the production of the Gender Toolkit, the Self-Assessment Toolkit, Pacific Regional Seminars on Human Rights and Democracy, as well as the progressing work towards the development of a baseline data on the SDGs.