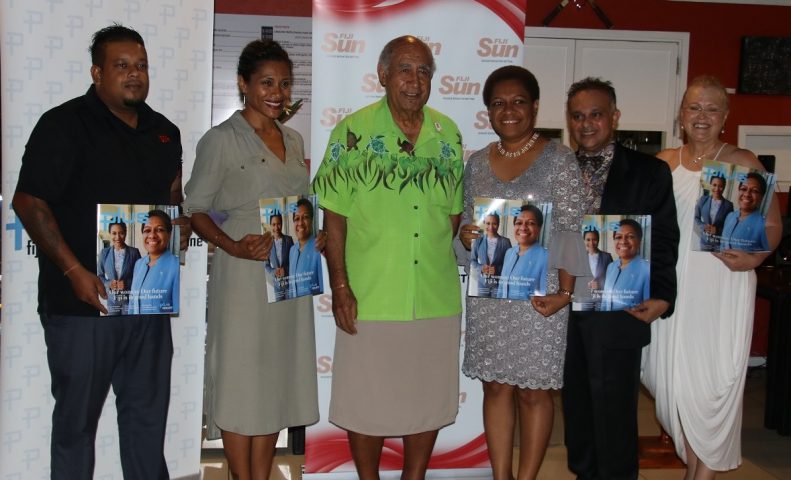 Magazines are a mirror of our cosmopolitan composition, cultural ethos, current thinking, tastes, preferences and aspirations.  They provide a wealth of information, entertainment as well as peace of mind.

These were the sentiments echoed by the Speaker Hon. Ratu Epeli Nailatikau while launching the Plus Magazine last night, Wednesday 1 May 2019 at the Paradiso Restaurant in Suva.

“Magazines have flourished in Fiji for well over a century. The arrival of Plus magazine heralds the dawn of a new era of opportunities for Fijians’ connectivity with the matters which surround and concern us.

As Speaker of Parliament, he was also thrilled to see two female Members of Parliament, Hon. Mereseini Vuniwaqa and Hon. Lynda Tabuya, featuring on the cover of the maiden issue of the magazine.

“Closer to my heart, as the Speaker of Fiji’s parliament and institutional custodian of our democratic life, I am particularly thrilled to see two of our female parliamentarians featured on the cover of the maiden issue of Plus.

“Their stories, captured under the title “standing part, yet together”, parade the virtues possessed by those two honourable ladies in their advocacy of common values and visions despite occupying seats opposite each other in the legislative chamber.

“Their unity of purpose, along with their political compatriots and opponents, is what I am tasked to oversee when I preside over parliamentary discourse and I happen to echo the same sentiments expressed in Dr Merrell’s cover story – that “our women” are “our future”; and “Fiji is in good hands”, the Speaker added.

Plus magazine will be inserted free of charge in the Fiji Sun on the first Thursday of every month and online edition will also be made available. The publisher of the magazine is Sir Julian Moti QC while the editor is veteran journalist and political commentator in the Pacific, Dr Susan Merrell.