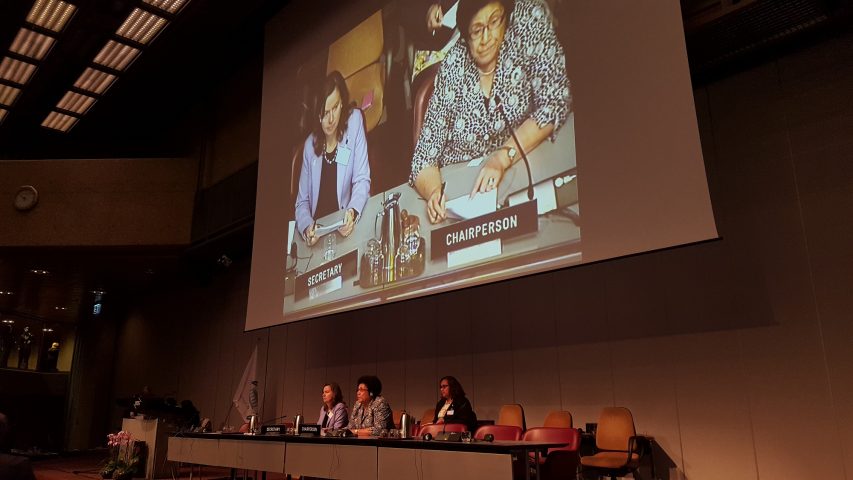 The Speaker Hon. Dr Jiko Luveni was requested by the Inter Parliamentary Union (‘IPU’) President Hon. Saber Chowdhury to Chair a session of the IPU plenary during the general debate on Human rights abuses as precursors of conflict: Parliaments as early responders.

The general debate was designed to look at specific ways in which Parliaments can best fulfill their obligation to protect the population and their human rights.

Hon. Dr Luveni was one of the presiding officers entrusted in chairing the general debate which concluded on Wednesday, 26 October 2016 before the IPU Governing Council’s final plenary meeting the following day.

The 135th IPU Assembly and its related meetings began on Sunday, 23 October 2016 and continue through to Thursday, 27 October 2016 in Geneva, Switzerland.