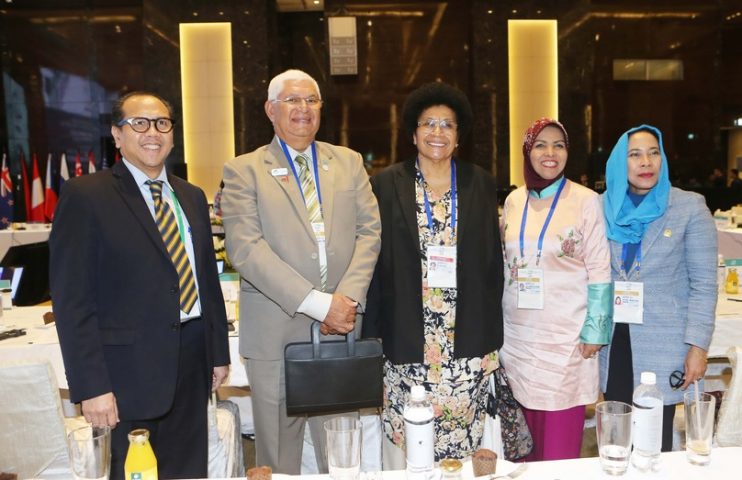 The women’s meeting was chaired by the Vice President of the National Assembly of Vietnam, H.E Madam Tong Thi Phong and the keynote address was given by the President of the Vietnam Assembly. H.E (Mrs) Nguyen Thi Kim Ngan.

Hon. Dr Luveni, accompanied by the Assistant Minister for Health, Hon. Alexander O’Connor, reiterated the Fiji delegation’s support towards making the Meeting of Women Parliamentarians a permanent feature of the APPF.

This was after the Japanese delegation’s proposed draft amendment of the APPF Rules of Procedure to include the women’s meeting as a permanent event of future APPF meetings.

Hon. Dr Luveni also briefly talked about the Fiji Parliament’s initiatives on addressing women’s issues which she has taken a strong leadership role in. These included the Parliament’s Standing Order 110(2) that requires parliamentary committees to undertake gender analysis when undertaking their legislative, oversight and scrutiny work. In addition, Parliament had published a gender toolkit to assist MPs and committees undertake gender analysis.

Meanwhile, the APPF Executive Committee, which is responsible for matters relevant to the management of the event, was also convened where Fiji was nominated by the Oceania group to become a member and was represented by Honourable O’Connor and Honourable Tuitubou.

Today, Friday 19th January 2017, the 26th APPF will be officially opened at the National Assembly of Vietnam. Four plenary sessions on politics-security, economics-trade, regional cooperation in Asia-Pacific, and the future of APPF are on the agenda.

Thirty-four bilateral meetings are scheduled to take place on the side-line of the main meeting.