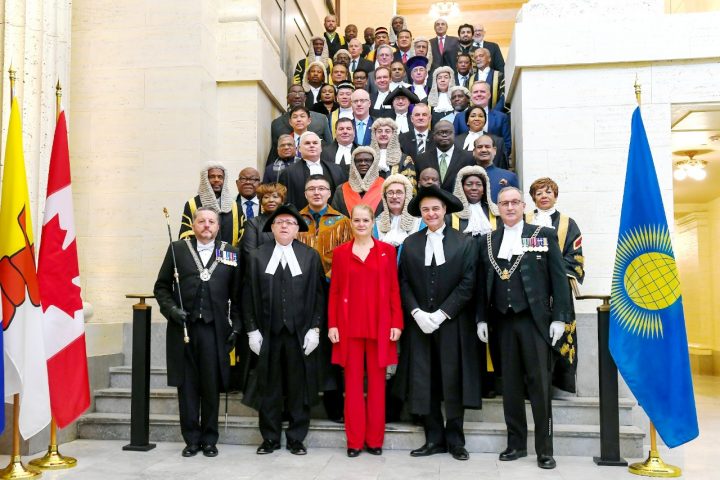 The biennial conference focused on the topics of parliamentary engagement: openness, transparency and accountability; and on Parliamentarians as effective legislators and representatives. A special plenary session was also held on inclusive Parliaments where Speakers and Presiding Officers discussed the role of the Speaker in supporting emerging procedures and practices to embrace the changing needs of modern Parliaments.

In his address to the plenary session, His Excellency Speaker of the Parliament of Fiji, Sir Ratu Epeli Nailatikau stated that one of the ways the Fijian Parliament is helping MPs become effective legislators is through the mainstreaming of SDGs into committee and parliamentary work. To that end, parliamentarians are given SDG trainings to assist them in conducting SDG impact assessments.

Additionally, MPs have been provided with a Gender Toolkit and SDGs Guidance Note to assist them in their role as legislators to scrutinize and oversight government and ensure a pro-poor, gender sensitive, human rights-based enabling environment. This helps parliamentarians in their review of legislations proposed by Government to ensure that it reflects human rights principles and contributes to achieving both the national development plan and the wider 2030 Agenda.

The 25th Conference of Speakers and Presiding Officers of the Commonwealth was opened by the Governor General of Canada, Her Excellency Rt Hon. Julie Payette at a ceremony held in the Senate of Canada. The Governor-General said: “The Commonwealth is a remarkable union of diverse nations and jurisdictions with 53 different members that touch every single continent of this planet, representing almost a third of the world’s population. From small to big, poor to rich, we are all united, and we come together, by choice, to share values, to share languages and to share parliamentary traditions. It is incredible what different people and different nations can do and can achieve when they work together and when they put their smarts, their will and their resources together to advance the common good for the prosperity of their people.”

The Speaker of the Senate of Canada, Hon. George Furey said: “The more effective we are in our roles as Speakers and Presiding Officers, the stronger debates and parliamentary processes can be, and correspondingly, the more our citizens will have faith in our systems of government. It is no surprise that the Commonwealth Speakers and Presiding Officers Conference takes place under the auspices of the Commonwealth – we are united by our diversity, by our shared history and by our commitment to parliamentary democracy.”

The Speaker of the House of Commons of Canada, Hon. Anthony Rota, MP said: “It is a matter of great pride to us that the very first Conference of Speakers and Presiding Officers of the Commonwealth was held in Canada in 1969, an initiative created by Hon. Lucien Lamoureux, 27th Speaker of the House of Commons which focused on the role of Speakers within parliamentary institutions. Then, as today, the aim of the conference was to maintain, foster and encourage impartiality and fairness on the part of Speakers and Presiding Officers of Parliaments, to promote knowledge and understanding of parliamentary democracy in the various forms and to develop parliamentary institutions.”

To mark the ceremony being held on the traditional lands of the Algonquin people, Mrs. Claudette Commanda, Algonquin Elder gave a traditional welcome to delegates.