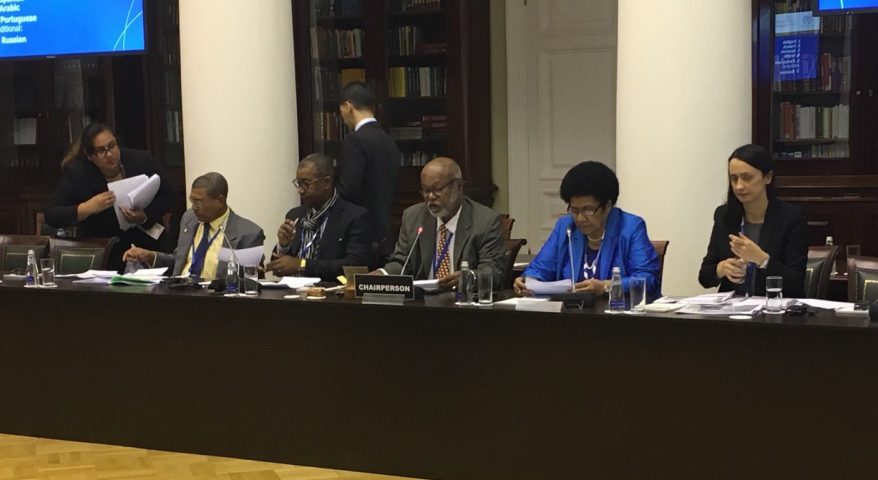 The Parliaments of Small Islands Developing States (‘SIDS’) have urged all countries to move with urgency to undertake measures to implement the Paris Climate Change Agreement. The call was made at the first ever meeting of SIDS Parliament co-chaired by the Parliaments of Fiji and Seychelles. The meeting took place at the Inter-Parliamentary Union (‘IPU’) General Assembly held in St Petersburg, Russia.

The SIDS Parliaments, including from the Pacific, Fiji, Samoa, Tuvalu, Federated States of Micronesia and Marshall Islands, issued an outcome statement that will be presented to all IPU member Parliaments.

Hon. Dr Jiko Luveni, Speaker of the Fijian Parliament who co-chaired the meeting stated – “It is important that the voices of SIDS Parliaments are heard at each and every global event. I am delighted that this historic meeting was held and that so many SIDS Parliaments attended. Climate change is the key development issue for us and there is recognition of the disproportionate and catastrophic impact that climate change is having on small island developing states.”

The Hon. Speaker further stated that at the IPU General Assembly, where all of the Parliaments of the world have gathered, the voice of the SIDS Parliaments on climate change is being heard loud and clear. “We need all countries to implement bold and ambitious measures and now is the time for action. Parliaments have a key role in holding governments to account on their commitments.  The SIDS Parliaments also affirmed that the Climate Change Conference in Bonn in November presided by Fiji will be a key milestone in implementing the Paris Climate Change Agreement and many Parliaments have thanked Fiji for their strong lead on this issue.”

The SIDS Parliaments meeting at the IPU General Assembly was organised by the Fijian and Seychelles Parliaments with the support of the UNDP Pacific Office in Fiji.