Senior citizens made an effort to visit Parliament 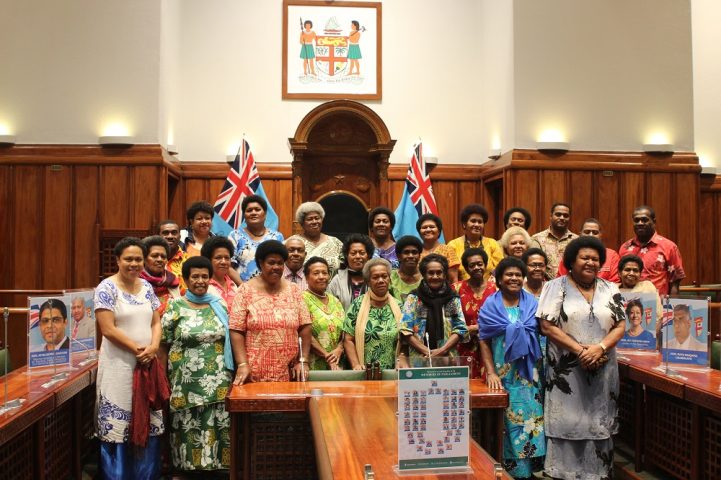 The wet weather conditions failed to dampen the spirits of senior citizens of the Delaivalelevu Methodist Church Circuit in Nasinu as they took time out to visit Parliament this morning.

The senior citizens are part of the Christian Citizenship and Social Services Committee which consists of seven circuits in the Tacirua and Valelevu zones.

Eighty-year-old Salote Katia, who is the oldest in the group, could not hold back her excitement as this was her first time in Parliament.

Like any other first-timer, the Kalabu native said she was “over the moon” after having visited the complex because it was something she always dreamt about when she was young.

Ms Katia said she now had accomplished one of her lifetime dreams, thanking their tour facilitators for granting her the opportunity to visit Parliament.

She added it was so pleasing to witness and learn more about the history of Parliament and its previous members because they led during her youth.

With the several transitions and developments Fiji has encountered so far, Ms Katia said she was still thankful to be part of a modern society that was moving towards prosperity.

Tour facilitator Koila Kabu said the visit was part of their committee’s inclusive approach to its members with the aim of offering them a chance to enjoy monuments, places and services in Suva.