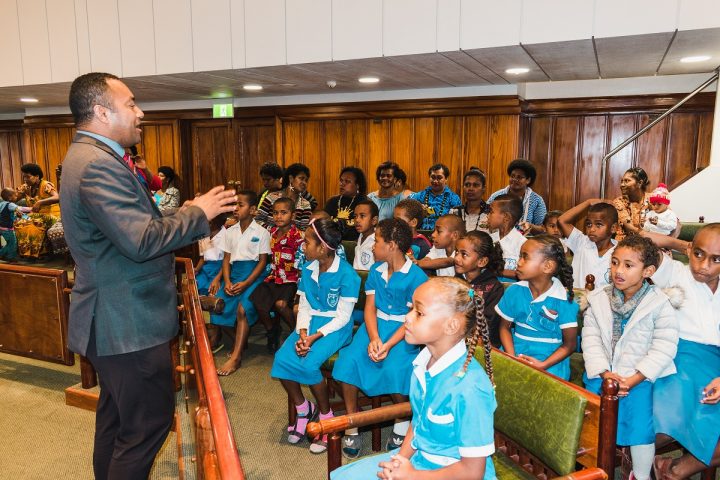 With the end of the second school term, Parliament was a hive of activity this week following visitations from some schools in the country.

A total of five schools- three high schools and two primary schools – visited Parliament as part of their educational excursion with the aim of learning more about the institution.

During their visit, the students attended a 30-minute presentation on the roles and functions of Parliament, among other important information, a tour of the Chamber and the Parliament Discovery Centre.

Meanwhile, Parliament will receive more schools and groups in the coming week.