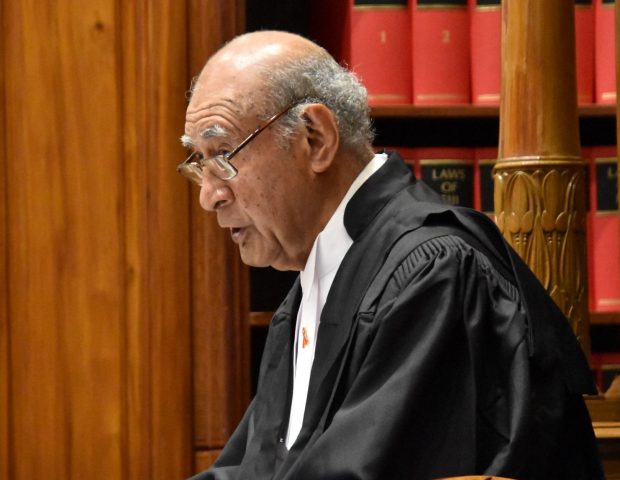 Honourable Members, as alluded to on Friday, 15 July 2022, I will now address the House on the issue of the vacant seat of the Hon. Ratu Suliano Matanitobua.

Furthermore, section 56(2) of the Constitution lists the criteria for who may be a candidate for an election to Parliament and inter alia provides under paragraph (g) that a person may be a candidate only if the person has not, at any time during the 8 years immediately before being nominated, been convicted of any offence under any law for which the maximum penalty is a term of imprisonment of 12 months or more.

Accordingly, since Hon. Matanitobua has been convicted with one count of tendering false information to a public servant under section 201(a) of the Crimes Act 2009 and one count of obtaining financial advantage under section 326(1) of the Crimes Act 2009, Hon. Matanitobua is therefore disqualified from being a candidate in the 2022 election of Members of Parliament. This is particularly so given that the maximum penalty for the offences that he was convicted of is a term of imprisonment of 5 years and 10 years respectively.

Please take note that I had also written to Hon. Matanitobua on Wednesday, 13 July 2022 to inform him that his seat in Parliament has become vacant pursuant to section 63(1)(d) of the Constitution which in this instance became vacant on the date of his conviction being Wednesday, 6 July 2022.

As such, the Hon. Matanitobua’s seat in Parliament has become vacant pursuant to section 63(1)(d) of the Constitution which in this instance became vacant on the date of his conviction being 6th July, 2022.

A written notification of this was provided to Hon. Matanitbua on Friday, 15th July, 2022; and the same was conveyed to the Hon. Leader of the Opposition on the same day.

Pursuant to section 20(1) of the Electoral Act 2014, the Chairperson of the Electoral Commission has been notified accordingly. I had also notified the Chairperson of the Electoral Commission that pursuant to section 64(3) of the Constitution and given that Hon. Matanitobua’s seat has become vacant more than 3 years and 6 months after the first meeting of Parliament following the most recent general election, the Hon. Matanitobua’s seat so vacated remains vacant until the next general election.