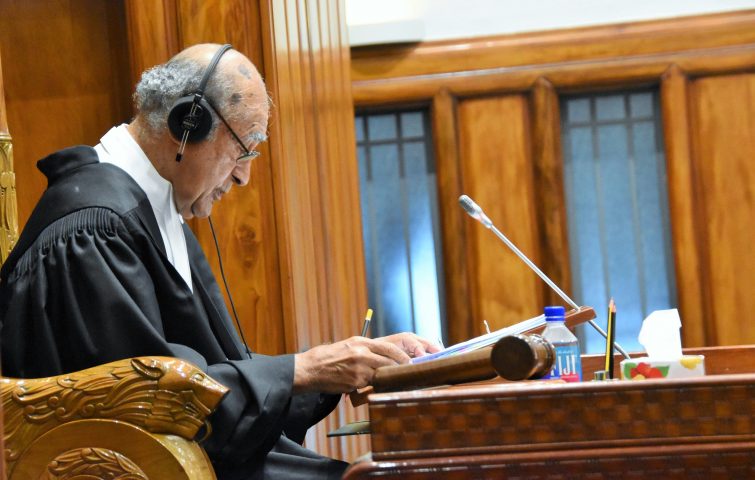 The Honourable Speaker has not stifled debate on health or any other issues that Political Parties wish to bring to Parliament for debate. The National Federation Party (‘NFP’) should not be making such baseless claims which purport to bring disrepute to the Office of the Speaker and Parliament.

On Hon. Lenora Qereqeretabua’s motion for Parliament to set up a Special Committee under Standing Order 129 to analyse, assess and report on the effectiveness of the Ministry of Health’s response to COVID-19, this is the response given to the NFP during the vetting of Questions and Motions –

“These matters can be dealt with by the Standing Committee on Social Affairs. There is no need to have a separate committee, given that there is already an existing mechanism in place – there is no need for duplication.

In the course of the Standing Committee’s inquiries, Members of the committee can ask questions and make inquiries of this nature.

This is very broad and is the same kind of tasks that committees undertake when scrutinising these issues.

Therefore, this motion is out of order.”

The Hon. Speaker has on many occasions ruled out of order such motions that propose to set up a Special Committee on particular issues because these issues can be dealt with by existing Standing Committees of Parliament under their respective areas of remit as provided for under Standing Order 109  on ‘Standing Committees’. For this particular motion, the Hon. Speaker had advised that the matters to be scrutinised by the proposed Special Committee can be covered by the existing Standing Committee on Social Affairs whose mandate includes “…matters related to health, education, social services, labour, culture and media…” (under Standing Order 109(2)(b). The Special Committee proposed by the Hon. Qereqeretabua would be a duplication of this committee’s remit and work. Honourable Members are welcome to move motions proposing that these matters be looked into by a particular standing committee under whose remit these matters come under.

On the matter of the motion on the late Prof. Brij Vilash Lal, the Speaker’s ruling was as follows –

On that basis, this motion is out of order as it will create rise to debate which would purportedly interfere with the mandate of the Government.”

To clarify, the matter is one for the Immigration Department and which Parliament cannot interfere with. It is for the late Prof. Lal’s family to pursue the matter with the Department through the process of application and appeals that are provided like other such cases under the Department’s jurisdiction. If they feel they have been unfairly treated, there are avenues for redress available which they should pursue. It is not for Parliament to interfere in such matters at that level.