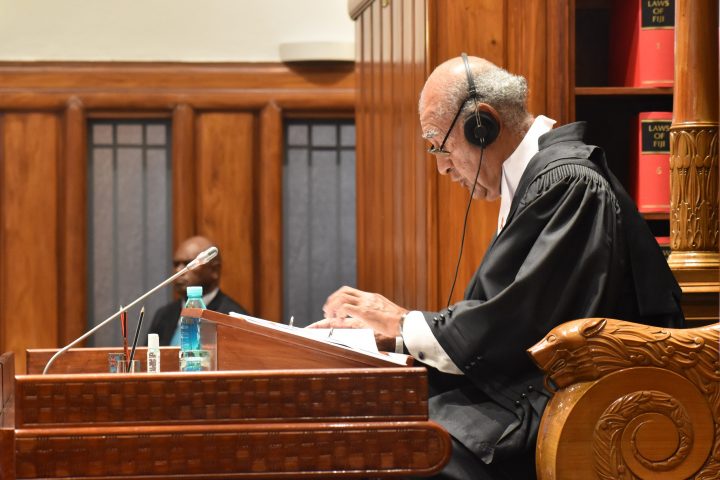 The second petition was submitted by the Honourable Lynda Tabuya and states the following:

“Grace Road Church is founded on hate. Founder Pastor Shin Ok-ju has physically assaulted her followers and has promoted racism in her sermons when she publicly called the Fijian population mentally weak and taught that her followers are superior beings to the citizens of Fiji.

We request for a parliamentary inquiry into the presence, activity and business practices of the religious organisation, GRACE ROAD CHURCH and that of its 400+ members in Fiji.  In the instance where our claims are validated, we demand that Grace Road Church and Korean employees of the Grace Road Group, be repatriated to Korea”.

This petition clearly requests for an action which is not within the powers of Parliament to take as it demands that, upon the validation of the implied claims of assault and racism, members of the named religious organisation be repatriated to Korea.

Honourable Members, section 21(5) of the Constitution states that “Every person who is not a citizen but is lawfully in Fiji has the right not to be expelled from Fiji except pursuant to an order of a court or a decision of the Minister responsible for immigration on a ground prescribed by law”.

This is a constitutionally guaranteed right which may only be limited by express provisions prescribed by law. Parliament has not been given the mandate to limit this right, particularly in such a direct and targeted way, through the petitions process.

As such, it is the responsibility of the Fiji Police Force working with interested and/or aggrieved parties to investigate and lay charges where relevant. These are the mechanisms the legislature has already set out to address these issues where they arise. It is not an action which Parliament itself may then take.

I therefore rule that this petition cannot be tabled in Parliament as it is seeking action which is not within the powers of Parliament to take.