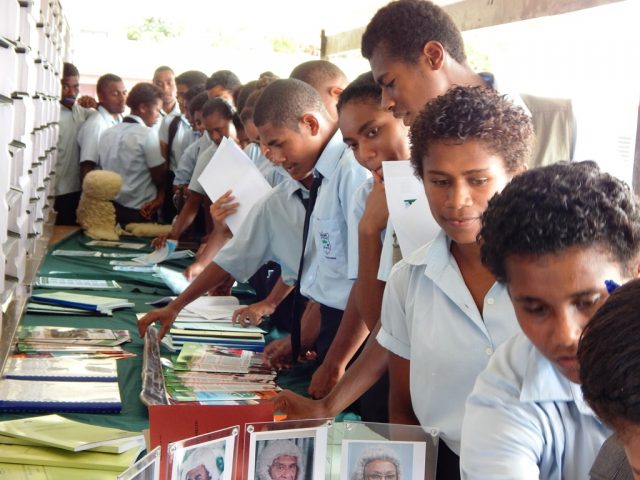 Naitasiri Secondary School students and teachers considered themselves lucky as they were the first school to be visited by the Civic Education and Media team of Parliament for its first Parliament Bus programme for 2017.

The objective of the Parliament Bus programme was to inform the students about the roles and functions, works of Parliament and how they can engage with Parliament.

School principal, Mr Josefa Jale said the programme was very educational and beneficial to both students and teachers.

“The programme has brought lots of information to students and teachers, especially those who do not have any access at all and have no idea of how Parliament works.”

“Together with the materials handed over to us and the visual aids we watched, we were able to know Parliament better than what we knew before.“

“In terms of students’ understanding and exam preparation, I believe that the trip was worthwhile for us,” Mr Jale said.

Headboy Uate Vakacerecereikeda said the programme was helpful to the students as it was brought closer to them in the interior of Naitasiri.

“Previously, we do not know anything about Parliament but after today’s programme, we are thankful as we now understand how Parliament works,” the headboy said.

Year 13 student Meiva Dolodolotawake said the programme was inspiring for her as she aims to become the second female Speaker of Parliament.

“Today’s programme has really helped me to work hard as I want to become a lawyer in future and also to be the second female Speaker.”

“I’m very thankful to the team for bringing Parliament closer to us,” Ms Dolodolotawake said.