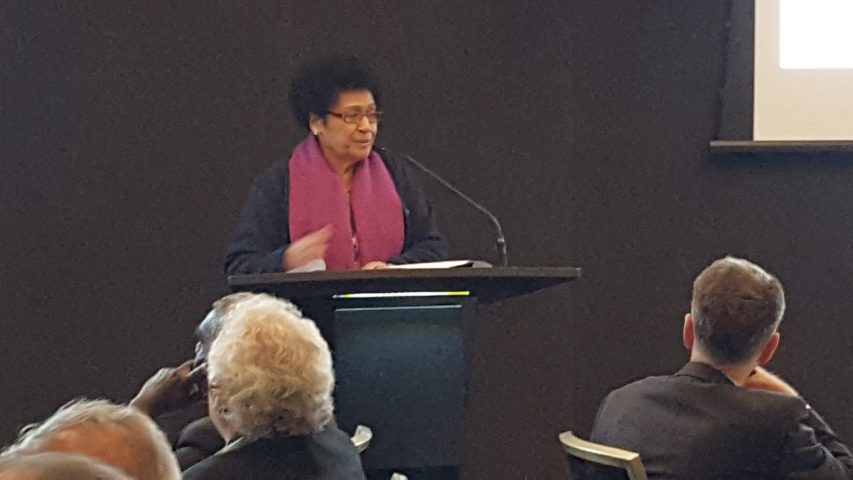 The Conference brought together Presiding Officers and Clerks from Australia and the Pacific regions of the CPA and provided a unique forum for participants to share their experiences and discuss issues which impacted their pivotal roles in Parliament.

It also coincided with the celebration of the culture and achievements of the indigenous people which was witnessed by participants during the official opening on Monday, 3rd July 2017 when they attended a Smoking Ceremony and were accorded a traditional Pacific Welcome.

Participants were invited to speak on various topics and the Speaker presented a paper on Leadership, Coordination, Advocacy and Communication for the Effective Implementation of the SDGs.

She mentioned that the Fijian Parliament had expanded its role and created activities like the Speaker’s Debate, Meet the Speaker programme and the Parliament Bus as a means of interacting with school students and community groups, to generate awareness of the Parliament process and advocate the implementation of SDG related issues.

She stressed the importance of having strong, inclusive leadership from the international, state and local community levels to successfully implement the SDGs and ensure that no-one was left behind.

An opportunity was given for the Pacific Region Branches to meet and discuss proposed amendments to the CPA rules for the Region, and to also consider a Pacific Region candidate during the election of the CPA Executive Committee Chairperson.