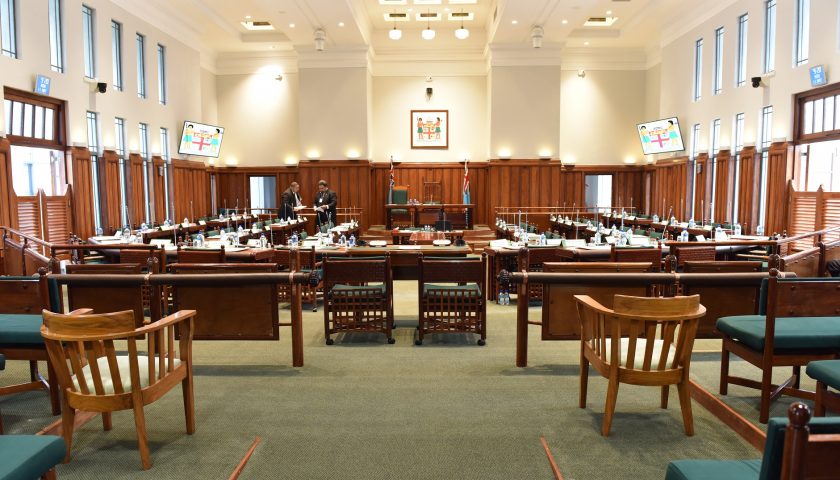 Today marks the prorogation of Parliament.

Prorogation is the term for the formal end of a parliamentary session. Parliament stands ‘prorogued’ between the end of one session and the Opening of Parliament, which marks the beginning of a new session.

The new session of Parliament will be opened by His Excellency the President of the Republic of Fiji, Major General (Ret’d) Jioji Konrote next week, on Monday 12th September 2016, after a full military Guard of Honour provided by the Republic of Fiji Military Forces.

The State Opening will also be attended by Constitutional Officers as well as the Hon. Chief Justice, Justices of Appeal and other Puisne Judges.