Parliament Open Day for Persons with Disabilities in Fiji 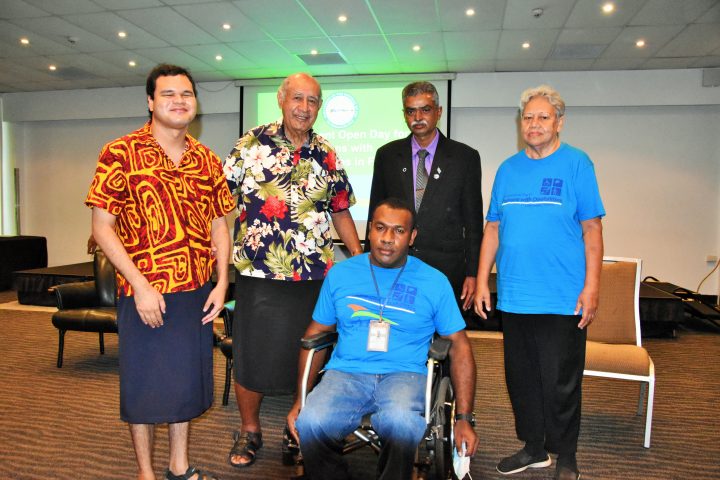 The Fijian Parliament had an important event today – the inaugural Parliament Open Day for Persons with Disabilities in Fiji.

During the launch at the Holiday Inn this morning, Speaker of Parliament H.E. Hon. Ratu Epeli Nailatikau said that this is an opportunity for Parliament to engage with and get better acquainted with persons living with disabilities and to reaffirm Parliament’s commitment to ensuring that Parliament is disability friendly.

“I wish to reassure all of you that Parliament encourages and supports the participation and contribution of persons living with disabilities in its legislative and oversight processes.”

“Parliament continues to invest resources into ensuring all Fijians, irrespective of their ability or disability, socio-economic status, gender, ethnicity, or religion are free to participate in the Parliament processes.”

“By ratifying, and acting on, obligations in the Convention, Fiji is acknowledging that – for people with disability – real barriers exist in society. And Fiji is taking action to address those barriers.”

“In addition to ratification of international conventions and enactment of legislation, Parliament through its oversight function, plays a key role in ensuring respect for the human rights of persons with disabilities,” Hon. Viam Pillay said.

He acknowledged the support from CPA which has allowed for the hosting of today’s event and the purchase of the high-end equipment to assist the sign language interpreters during Parliament sittings.