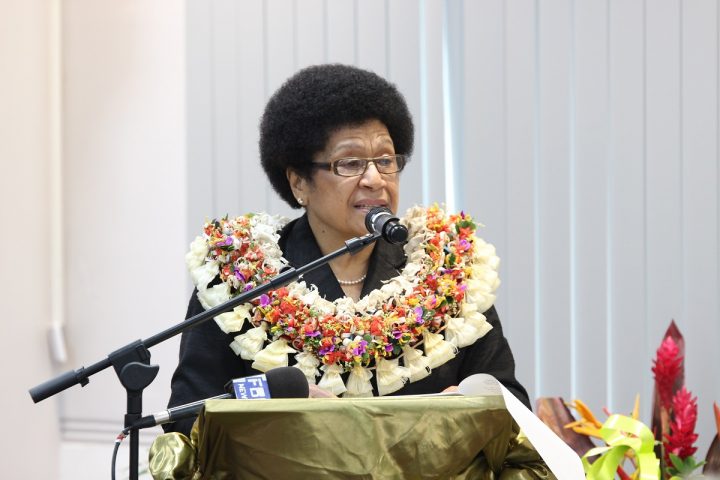 50 women from various backgrounds across Fiji gathered today to be part of Fiji’s first ever “Women’s Parliament Fiji”. The initiative is organized by the Fijian Parliament in partnership with the United Nations Development Programme (UNDP) and is supported by the European Union and the Governments of New Zealand, Australia, and Japan. The Women’s Parliament takes place from 16 – 18 August 2016.

In officially opening the Women’s Parliament Fiji Event, Hon. Dr Jiko Luveni, Parliament Speaker, stated, “The hosting of such an event offers a unique opportunity to Fiji’s aspiring women leaders to learn about parliament, get briefed on important development issues, and build their policy skills. This event also confirms the commitment of the Fiji Parliament to promote the participation of women in politics.”

The 50 women participating in the 2016 Women’s Parliament Fiji were selected by a Steering Committee made up of representatives from the Ministry of Social Welfare, Women and Poverty Alleviation, National Council of Women and Office of Secretary General of the Fijian Parliament.

Ms. Osnat Lubrani, UN Resident Coordinator and UNDP Resident Representative said, “UNDP is proud to be supporting the Parliament of the Republic of Fiji this week to facilitate the Women’s Parliament Fiji, as part of our ongoing work in the region and globally on promoting women’s leadership and political participation at the highest decision making levels.”

The idea of facilitating Practice Parliaments for women was first proposed in 2010 at a Pacific Islands Forum Small Island States Meeting on “Advancing Women’s Participation in Decision Making Processes”. The Practice Parliaments are designed to fill some of the gaps in the existing efforts to support women’s political participation by developing a broader set of skills and by giving women participants the opportunity to immediately apply those skills.
New Zealand High Commissioner H.E. Mark Ramsden congratulated the 50 women selected to take part in Fiji’s first Women’s Parliament, noting they came from all corners of Fiji. He said that women’s voices were crucial to the success of any organisation, including national government, and that this workshop was an important exercise to empower the women of Fiji. New Zealand is a proud supporter of the UNDP Parliamentary Strengthening Programme.”

Ambassador Andrew Jacobs, Head of the Delegation of the European Union for the Pacific, remarked, “Parliament has a fundamental role to play in ensuring sustainable and equitable development. Women parliamentarians are needed to ensure that the needs and interests of all parts of the population are represented”.

Ms. Christina Munzer, Counsellor, Development Cooperation, Fiji and Tuvalu said, “The Australian Government is proud to support this important initiative in partnership with Fiji Parliament, UNDP and donor partners. The Fiji Women Practice Parliament will help to further advance women in political and decision making spheres. I wish all the participants success”.

Mr. Tsuguyoshi Hada, Chargé d’Affaires (Acting), of the Embassy of Japan congratulated the participants on Fiji’s first ever ‘Practice Parliament for Women’ and said that the experience of the participants would count as an accomplishment for every woman in the country. He remarked that Japan will continue to support democratization and nation building in Fiji.