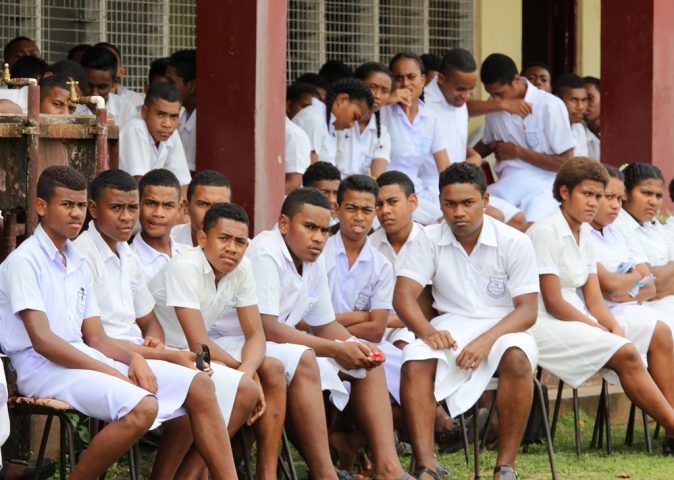 Villagers of Raviravi along the Seaqaqa-coral coast in Macuata have expressed their utmost appreciation to the Parliament Outreach Team for visiting their village for the first time on Tuesday night to educate them about Parliament.

Despite being located about 70km from Labasa Town, the Parliament Bus Programme Team made extra efforts to visit the village.

The villagers eagerly gathered in a make-shift shed to await the team in their quest to learn more about Parliament.

Village headman Manoa Vakalolo said the villagers were thankful that the Parliament team decided to visit their village to enlighten them about the roles and functions of Parliament, in view of its location.

“Our village is located far from town, the road is so bad and we’re grateful to be visited by the Parliament Team.

“The information about Parliament that was shared was clear and we now know about how Parliament works and the roles of the Members of Parliament,” Mr Vakalolo said.

College Assistant Principal Mrs Ajeshni Sagar said the visit was one of its kind and a rare opportunity for the students to learn how Parliament works.

“Some of the students may not be able to visit Suva and see the Parliament, meet the officials and to see what happens inside Parliament”.

“For Parliament to be brought to our school was commendable. It was educational for our students, the visuals and hand-outs which were given helps them to understand Parliament better.”

Year 13 student Dipika said the programme was informative and they learnt a lot about Parliament and the history of the Mace.