PAC – Queen of all Standing Committees 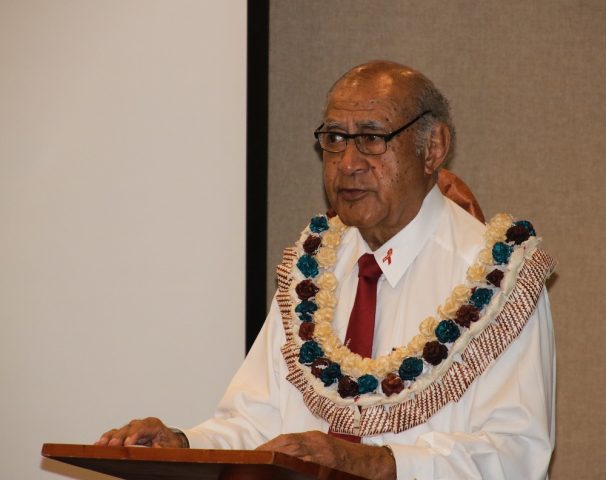 The Public Accounts Committee is the queen of all the Standing Committees in Parliament, given the critical documents that are specifically referred to that Committee and for which they have a very significant role to scrutinise fairly and to report back in a timely manner.

These were the comments made by the Speaker Hon. Ratu Epeli Nailatikau while opening the two-day workshop on Fiji Public Accounts Committee (PAC) that was held last week in Suva.

He said that he cannot emphasise enough the importance of capacity building for the members of PAC and other Standing Committees to equip themselves with technical skills and knowledge to enhance their oversight roles and perform them effectively and efficiently.

“The dramatic changes in the world today demand that everyone, including Members of Parliament be kept abreast with changes in technology, public financial management, politics and global demographics. These changes are not always better, but they are different.

“For the record, this programme also complements other capacity building programmes that you have already benefitted from, since your appointment,” the Speaker said.

Deputy Chair for PAC and Assistant Minister for Education, Heritage and Arts Hon. Joseph Nand said as a former school teacher, he does not know much about the works of the Committee and how it operates.

“This is a refreshing course which will take us in the right direction and as Deputy Chair for PAC, the workshop will help us on how we scrutinise the reports that we need to table in this term of Parliament,” Hon. Nand said.

The workshop focussed on the Parliament’s accountability and reporting framework and the implications Parliament has on the PAC oversight role relative to PAC roles in other countries in the region and around the world; the Fiji budget process and budget documents; the Regional Pacific Finance Management (PFM) and Public Expenditure and Financial Accountability (PEFA); accounting and reporting framework and participate in reading and understanding the financial statements of government and its entities.

The workshop was funded by the European Union (EU) through the United Nations Development Programme (UNDP) to enhance the capacity of PAC and similar programmes that will be conducted in Island States in the region, under the Strengthening of PFM and Governance of the Pacific Project.