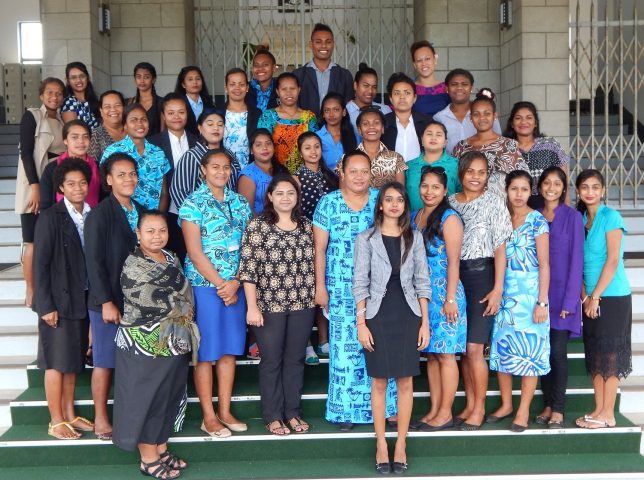 42-year old Nauru student Elva Harris was impressed when she entered Parliament and saw the Members of Parliament photos neatly placed on their tables, indicating where they sit during debates.

Ms Harris was part of the thirty-seven students of Fiji National University Namaka Campus that visited Parliament yesterday as part of their field trip in the capital city under the Office Administration programme.

“I’m impressed with how Parliament staff organise the photos of MPs inside the Chamber. It gives us a closer insight into Parliament and see where they exactly sit during debates.”

“After visiting Parliament and hearing the experiences shared by the Hansard, I’m thinking of joining Parliament back home and be a Hansard reporter,” Ms Harris said.

She acknowledged the challenges faced by the reporters as Fiji has a big Parliament compared to Nauru with only 14 members.

Tour Coordinator Ms Lavenia Lawakele said the visit was to help the students understand how Parliament works and to hear the experiences of the Hansard reporters as they learn office administration in school.

“I wish to thank the Hansard staff for sharing their experiences because that has opened the office administration students the outlook of what they have to do to enter into Parliament,” Ms Lawakele said. The group was given a 30-minute presentation on the roles and functions of Parliament, how they can engage with Parliament and a presentation from the Hansard Unit.

The group later visited the National Archives before returning to Nadi.