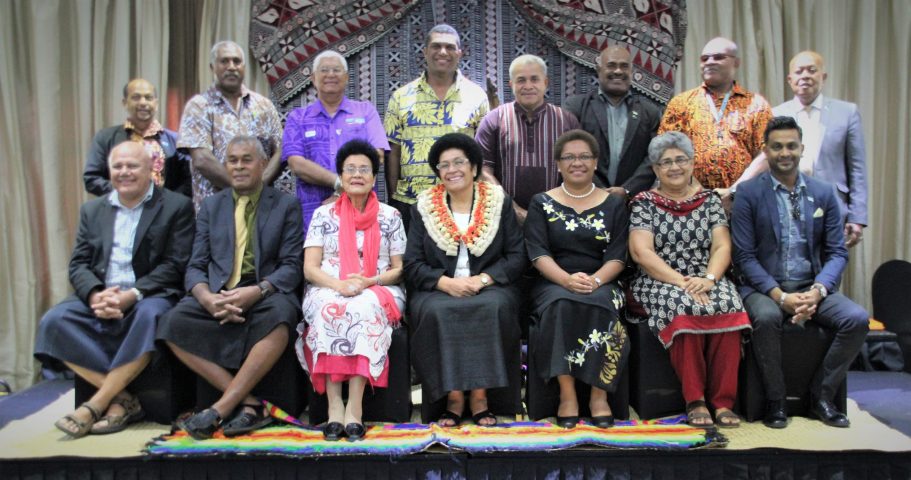 Members of Parliament were reminded of their role in ensuring respect for human rights.

“Members of Parliaments are “guardians” of human rights by virtue of your essential and oversight responsibilities to ensure respect for human rights.”

These were the words of the Speaker of Parliament Hon. Dr Jiko Luveni when opening a special training organised for Members of Parliament at the Warwick.

“Parliaments must assume these responsibilities by protecting the rights of members by providing information, knowledge, and training to enable them to take an active part in human rights promotion and protection,” said Dr Luveni

Dr Luveni also added that elimination of sexism and discrimination in politics is everyone’s responsibility.

“While the increase in the number of women into parliament is beneficial for representative democracy, it has tended to disrupt the established order, provoking some resistance. Comparatively, we are fortunate in Fiji that this experience is minimal but it should not nurture complacency in the protection of women parliamentarians.

The problem is and should be the business of everyone, men, and women. Men are an essential component of the solutions to be implemented; they need to be actively involved in the debate and commit themselves fully to the elimination of sexism and discrimination in politics. They need to take a stand and assume their responsibilities alongside women.” said Dr Luveni

Members of Parliament attending the workshop also agreed that they should take the lead role and are looking forward to learning from the contents of the two days training.

“I’m much interested in the workshop, as Madam Speaker mentioned that MPs should spearhead the elimination of violence against women and girls and standing up and saying no to violence”, said Assistant Minister for Health, Hon. O’Connor

“I’ll be very much interested in reading through the legality of FWCC and Ministry of Women’s advocacy in the elimination of violence against women and children,” added Hon. Alex O’Connor.

There is also a need to share this knowledge with the younger generation. This was the view of Opposition Member of Parliament Hon. Mikaele Leawere.

“I find it very useful, the role of an MP, on what I have to do to promote these issues especially the remarks by Hon. Speaker which has set the tone for the workshop. It’s very important role for MPs to promote this. The same should go down to the younger generation.”

Fiji Women’s Crisis Centre and Training facilitator Shamima Ali said that this is a great opportunity for MPs to have a very clear understanding, and raising the level of debate in Parliament around these issues. MPs are also leaders in their own provinces and I see it as an ongoing thing for leaders.

The two days training (Gender Relations, Violence against Women and Human Rights Training for Members of Parliament) is made possible with the support of Parliament, Ministry of Women, Children & Poverty Alleviation, UN Women, UNDP and Fiji Women’s Crisis Centre