Men to work with women as equal partners – Vuniwaqa 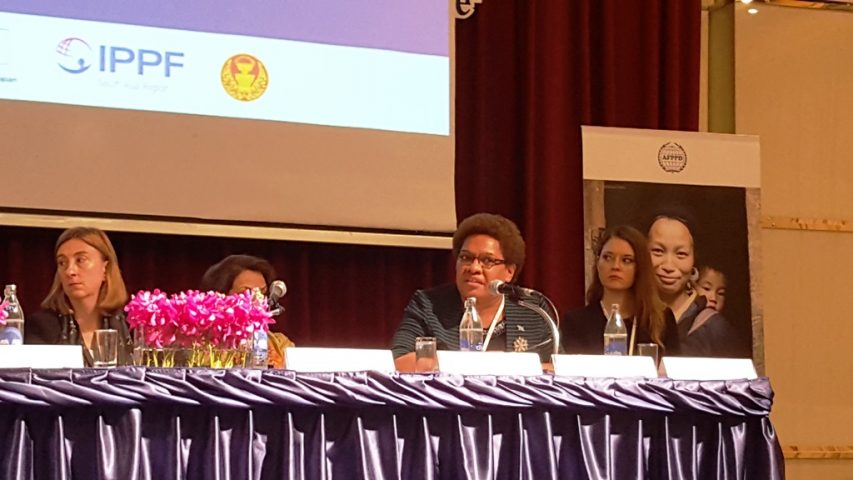 “Men must work alongside women as equal partners.” This was highlighted by the Minister for Women, Children and Poverty Alleviation, Hon. Mereseini Vuniwaqa as she participated as a panelist during Session 1 of the AFPPD – 11th Women Ministers and Parliamentarians Conference (‘Conference’) in Bangkok, Thailand.

“What is important is that when advocating for women’s rights or eliminating violence against women, men must ensure that they do not dominate and that they work with women to advocate for women’s empowerment and leadership.”

The Session ran under the theme, “Women’s Empowerment: Elimination of Violence Against Women” and it focused on engaging men and boys in addressing violence against women.

Hon. Vuniwaqa also acknowledged the Prime Minister of Fiji, Hon. Josaia Voreqe Bainimarama, in becoming a public voice on the campaign for ending violence against women and girls.

“The Hon. Prime Minister has spoken unequivocally against this form of gender inequality on both national and international forums highlighting the escalating incidence of violence against women and girls and the concomitant effort by Government to eliminate the same.”

The Conference concludes today, Saturday, 5th November 2016, with the delivery of the Parliamentarians’ Declaration, Commitments and Recommendations to the Thai Government Representative.