Geographical location not a barrier 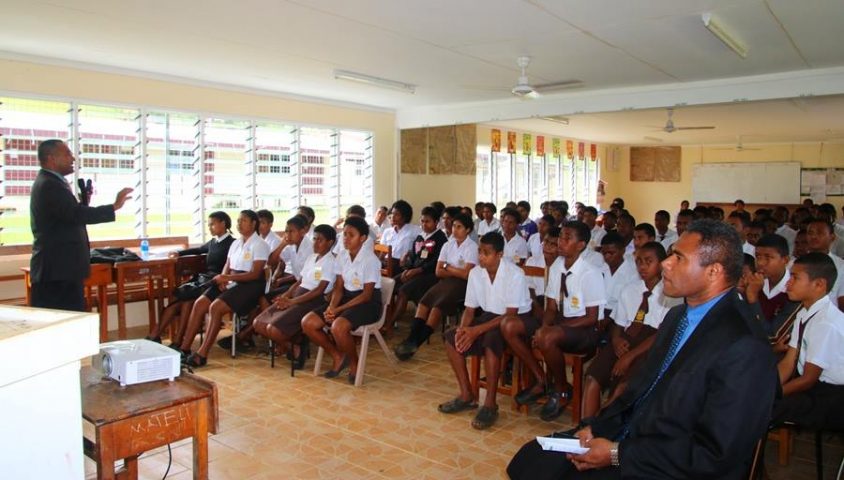 For the love of educating every Fijian about the country’s august house, the Parliament outreach team braved the rough mountainous terrain of Naitasiri to take Parliament to the students of Nadarivatu High School on Monday 11 June 2018.

The chilly weather conditions also failed to stop the team from reaching out to 150 rural students and two villages in the upper northern highlands of Viti Levu to inform them about the operations of Parliament through the “Parliament Bus” programme.

The students and teachers could not contain their excitement as this was the first time ever for them to have a team from Parliament to educate them about the august house.

“We were just planning to visit Parliament later in the year but today, we are so privileged to have been visited by the team,” he said.

“This is a rare opportunity for us given that we are located in the highlands and isolated but we are so appreciative that we have been chosen as one of the schools to be visited by the team.

“The students as well as teachers are now well-informed about Parliament and we now know how to engage with the institution..”

For year 12 student Ruci Yacokilodoni, she hoped to become a Member of Parliament one day.

“The well-presented programme has given us a reason to study hard and become successful people in future. Hopefully, some of us here at Nadarivatu High School will make it to Parliament as Members one day.”

The team also travelled to Navai Village, the home of the highest peak- Mount Tomaniivi as part of the programme.

For villager Mr Sailosi Tamanivalu, it took him 68 years to know about Parliament thoroughly well.

“Most of us villagers always question about the existence and importance of Parliament, something we know nothing about,” he said.

“Elections come and go and we don’t seriously consider taking interest in our Parliament because we know nothing about it. But today, we are very thankful that we have been enlightened for the very first time about its overall operations.

“Following this programme, we now know the importance of our participation towards the operations of Parliament and for that, we thank the team.”

Meanwhile, the team also travelled to Nadala Village, Nilsen College, Tavua College and Nadelei Village in Tavua as part of the programme.