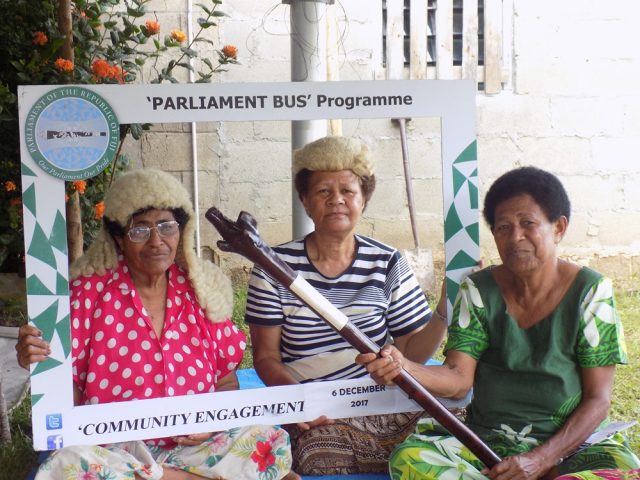 The representation of seven women Members of Parliament (MPs) and the first woman Speaker is by far the most encouraging and inspirational depiction of gender-equality in our country’s democratic processes and developments.

This was the view of the chief of Naceva Village on Beqa Island Ratu Nacanieli Lutu who said that this was a morale-booster to young females to aim high and demonstrate their potential in a male-dominated Parliament.

Ratu Nacanieli shared this opinion during the ‘Parliament Bus’ programme held in his village yesterday afternoon.

He said women were not fully empowered in the past to become Parliamentarians but now, they have what it takes to give men a ‘run for their money’.

During Parliament sittings, Ratu Nacanieli said it was always welcoming to witness the women MPs participate in debates and other interactions.

He said young females nowadays are very fortunate because they have been introduced to a lot of empowerment programmes that will assist them to become successful individuals.

At the same time, Ratu Nacanieli thanked all the women MPs and the Speaker for being good role models to the younger generation.

Meanwhile, the villagers have conveyed their sincere gratitude to the outreach team for educating them on the role and functions of Parliament, the works of Parliament and how they can engage with the Members.