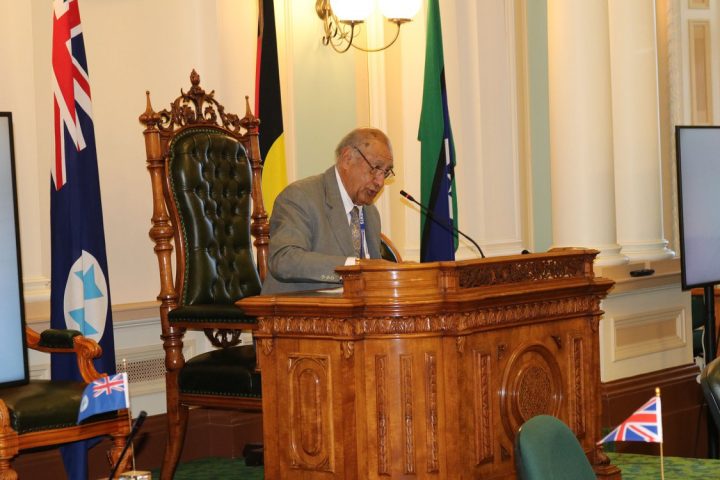 Speaker of the Fijian Parliament Hon. Ratu Epeli Nailatikau has confirmed that Fiji will be hosting the 51st Presiding Officers and Clerks Conference (POCC) in 2020.

He made the announcement while presenting Fiji’s jurisdiction report at the 50th POCC that was held at the Queensland Parliament last week.

The 50th POCC brought together more than 60 representatives from Australia, New Zealand and Pacific jurisdictions and chaired by the Speaker of the Queensland Parliament while Hon. Ratu Epeli was the Vice-Chair.

The conference provided a unique forum for the Presiding Officers and Clerks to discuss their roles in the Parliamentary institution and share valuable ideas and experiences of parliamentary practice and procedures.

This year, the theme of the conference was ‘Practicalities of Presiding and Administering Parliaments’.

The meeting also acknowledged the keynote address by the Deputy Speaker of the House of Commons Sir Lindsay Hoyle MP.

As members of the Westminster, the forum looked to the United Kingdom as the forebearer of tradition and practice which so richly benefits the people whom our system serves.

A number of side meetings were held within the frame of POCC and these included meetings with Victoria Parliament, CPA Pacific Region, Joint CPA Meeting for Australia and Pacific Region and PPE meeting.

Participants were also given an opportunity to explore some of the attractions in Brisbane including the Queensland Parliament House, the grounds and neighboring Botanic Gardens.