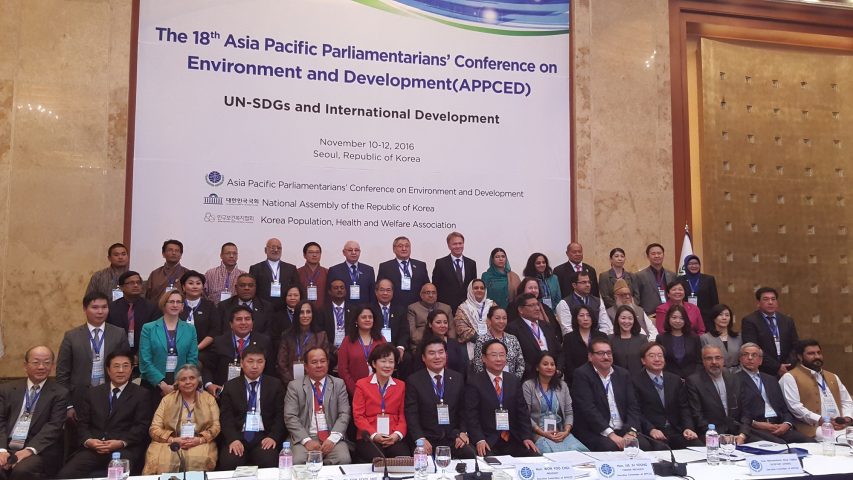 Two Members of Parliament are currently in Korea to attend the 18th General Assembly of the Asia Pacific Parliamentarians Conference on Environment and Development (APPCED).

The Conference deliberated on the theme “UN-SDGs and International Development”.

Member countries were given the opportunity to share ideas, experiences and policies to effectively deal with emerging challenges of climate change, population dynamics and human developments.

Hon. Nath is part of the Drafting Committee that will meet to discuss the Seoul Declaration.

APPCED was established in 1993 by the National Assembly of Republic of Korea for the purpose of forming a forum of Parliamentarians of the Asia Pacific region with common concern for environmental and development issues.

The 19th and 20th APPCED will be hosted by Mongolia and Iran respectively.