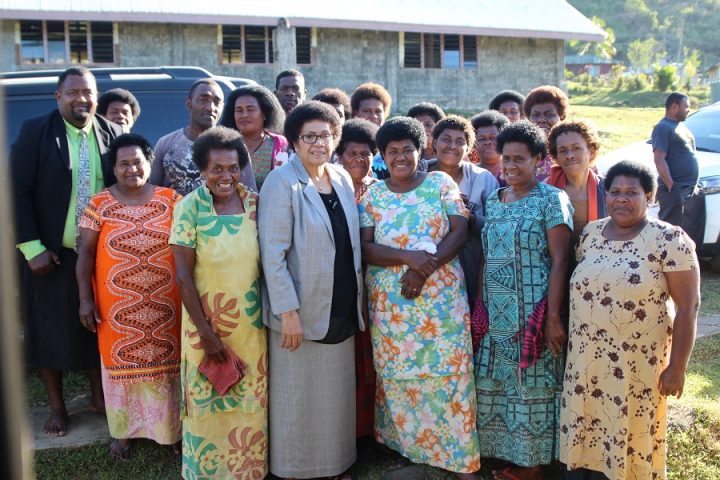 Speaker Hon. Dr Jiko Luveni has urged the villagers of Naqelewai in the Naitasiri province to exercise their rights to vote at this year’s General Elections.

This, she said was to allow them to contribute to the nation’s democratic process in terms of choosing their representatives in the House.

Hon. Dr Luveni made the comments during the “Meet the Speaker” programme held in the village yesterday afternoon.

“The composition of Parliament, particularly its Members are entirely up to the voters.  Your votes determine who makes it to Parliament,” she told the villagers.

In her presentation, Hon. Dr Luveni also stressed the importance of a gender-balanced Parliament.

“As we head into polls, it’s also important that we recognise the value of women in our society. When both genders are well-represented in Parliament, undoubtedly, our county will continue to move forward to newer heights,” she said.

“Women are good leaders because they see beyond issues. They contextualise things and they use their motherly instincts to solve any issue.”

Villager Marica Tabelona said it was encouraging to witness how the Speaker continues to advocate on women empowerment.

“We are indeed touched by her inspirational messages. Also, it’s a privilege for us to learn for the first time about her role and other important information about Parliament,” she said.

“Being a Speaker is really no easy task but we really appreciate how Hon. Dr Luveni handles Parliament sittings. She really carries herself well and ensures order in the House.”

Another villager Marika Naiwauduana shared similar comments and added they have now been empowered to be part of the country’s democratic process.

Meanwhile, the Speaker and her entourage also visited Rewasau in Naitasiri, early this week as part of the programme.